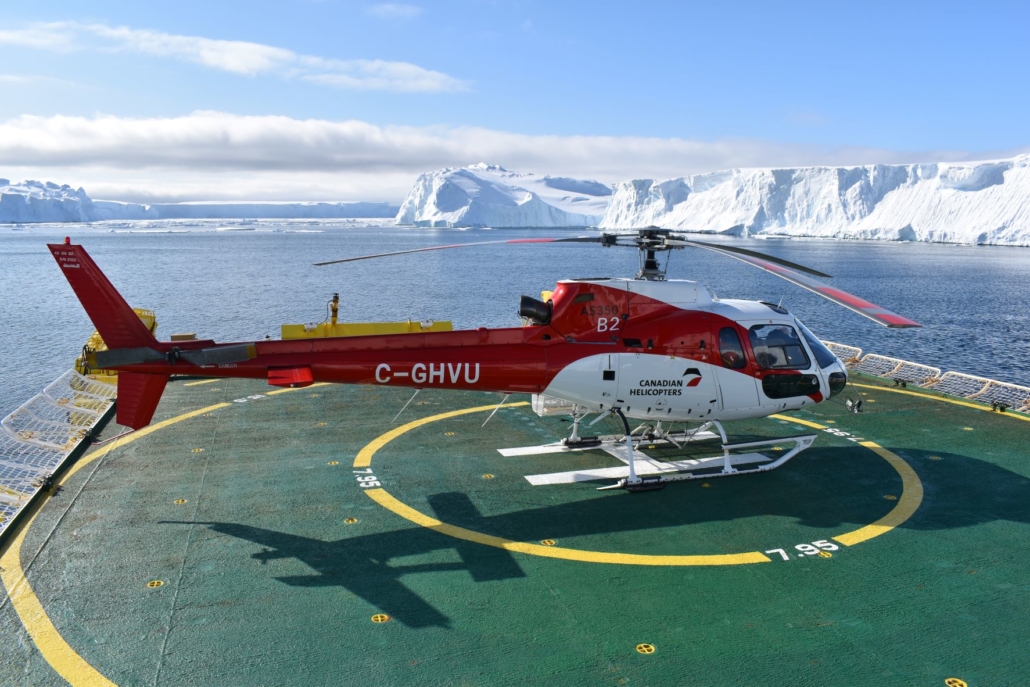 Canadian Helicopters and its subsidiaries have been providing helicopter transportation service to Antarctic scientific research expeditions for the past four decades.    The research projects involve a variety of activities including base building, ship support, a variety of LIDAR and Aeromagnetic surveys,  Meteorite hunting and ice reconnaissance.    Canadian Helicopters has worked with a number of research programs including the national  polar programs of South Korea, France, Germany, Italy and Japan.

Recently, CBC News did a short feature on the Thwaites “Doomsday” Glacier and one of Canadian Helicopters’ aircraft appeared briefly in the clip.   Visit CBC News to view.

Canadian Helicopters believes that excellence is the only benchmark that counts – it’s why our people challenge themselves every day to outperform and why you can count on our comprehensive range of services to be industry leading.

Learn more about us